Does Vaping Help You With Losing Weight? Have You Heard Of The Vapor Diet Yet?

Vaping for weight loss? This should surely stir up some controversy, no?  Smoking cessation and weight loss are two major motivators in modern consumer markets, so it’s not surprising that so many companies have emerged and are continuing to emerge to meet the needs of potential customers. 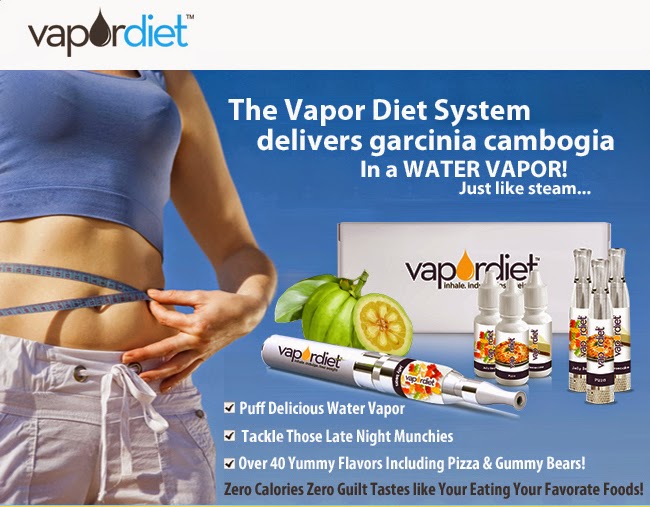 What is surprising to me, however, is that in spite of electronic cigarettes following the safe line of not selling to minors (even with no nicotine in their e-juices) and not advertising their e-cigs explicitly as smoking cessation devices, one company (or more?) seems to have managed to successfully reframe the whole vapor concept as a weight loss tool, seemingly under the radar. Vendors can’t advertise vaping as a stop-smoking aid, but promoting it as a weight-loss tool seems perfectly acceptable.

It’s been less than 1 year since the company Vapor Diet came into being, however, so give the media time to catch wind of this. There is absolutely no reference to smoking in the PR of their website, you’ll notice, and the fact that their devices look like Mods rather than cig-a-likes is a good thing to weight-loss-success-story-would-be’s, who may not have ever heard of vaping, let alone seen or heard of a vaping device shaped like an itaste MVP.

That said, you have to be over 18 to use their products, so the company must have acknowledged the necessity to admit that their gadgets look like vaping devices. In 2011, another company called Vaportrim had the same idea, but they seem to have fallen off the map. Similar, but not-quite-vaping products Le Whif (where the vapor is not exhaled) and the Sensa Sprinkle Diet (in which you sprinkle crystals on your food) also rely on smell receptors in aiding dieters reach their weight loss goals.lucky_strikeCertainly, it does not come as a shock that vaping could assist is hunger control and cravings.

Back in the 40s and 50s, when the ill effects of tobacco smoking were unknown (or already being hidden on purpose?), taking up cigarettes for the purpose of weight loss was actually recommended by medical practitioners, doctors included (spurred on through money from Big Tobacco the way Big Pharma does today? I don’t know, but I wouldn’t be surprised). Nicotine was already known as an effective appetite suppressant at that time. Nicotine aside, it makes sense that giving a dieter’s mouth and hands something to do other than eat could be helpful, so why not add to that some tasty vapor? While you’re at it, why not add some diet supplements and/or hunger suppressants to the 0% nicotine e-juice? (Vapor Diet’s e-liquids contain Garcinia Cambogia and Hoodia Gordonii.)

A page on Vapor Diet‘s website boasts the fact that a bit of research has in fact been done in the area of olfactory delights and weight loss, but a lot more is needed. To be considered a medically-sound diet aid, and subsequently receive approval by regulatory bodies, diet aids seem to need proof of their effectiveness in suppressing appetite. However, overeating, like smoking I believe, in most cases is all about emotions and psychological matters, not simply physiological addition (which is actually not the part that is difficult to overcome), and this is why I think there may be a place for vaping as a diet aid. The most bizarre things things work for some people.

In The role of Specific Olfactory Stimulation In Appetite Suppression And Weight Loss, Dr. S.N. Mayer, Dr. R.S. Davidson, and Dr. C.B. Hensley of Human Neuro-Sensory Laboratory, a division of BioTem Cytotechnologies investigated the role of olfaction in weight regulation. Specifically, they argue that inhalation of pleasant-smelling scents has promising beneficial effects on appetite and hunger regulation. In a double-blind, 2-phase study of a total of 110 subjects, subjects were instructed t0 use “pens” containing specially-formulated scents or containing placebo scents before meals, snacks, or whenever they felt the urge to eat.

Subjects using the pens containing the scents lost an average of over 19 1bs. (over 11% of body weight) compared to placebo scents (just under 4 Ibs.; almost 2.5% of body weight) over the 16 week period. The study “conclusively proves in a randomized, controlled, double‐blind fashion that the inhalation of specially formulated scents are effective in appetite reduction, squelching food cravings and weight loss without any conscious dieting or exercising.”

In Weight Reduction through Inhalation of Odorants, Dr. A.R. Hirsch and R. Gomez of the Smell and Taste Treatment Foundation investigated the the effect of inhalation of certain aromas upon weight control.

They studied 3193 overweight volunteers, all 43 years of age, after giving them each an inhaler containing a blend of odorants. “They were instructed to inhale three times in each nostril whenever feeling hungry. New inhalers containing a new blend of odorants were supplied each month over a period of 6 months. Those subjects whose test scores showed they had good olfactory abilities and who use their inhalers frequently, ate 2 to 4 meals a day, felt bad about overeating, but did not feel bad about themselves lost nearly 5 pounds, or 2% of body weight per month.” The researchers concluded that it is possible that inhalation of certain aromas can induce sustained weight loss over a 6-month period.

I can see why anti-vapers might be somewhat frightened by Vapor Diet‘s catch phrase, “Inhale, Indulge, Lose Weight.” Enlisting non-smokers now, are we? Well, if vaping is healthier than being obese, and if vaping really does or even simply could help one lose excess rolls, then really, how bad is this? What are the chances, honestly, of vaping cake-flavored, zero-nicotine e-juice as a weight loss tool ever morphing into a gateway “drug” leading to someone to pick up the tobacco habit? The majority of tobacco smokers start when they are young and stupid (like I was), so if just for paranoia’s sake, the age for Diet Vapor is set at 18, what’s the problem? You would not be hard-pressed to find more harmful diet tools out there already sanctioned by the FDA.

As for Vapor Diet, the vaping devices they sell seem overpriced, I think, considering I purchased my own aforementioned itaste MVP for much less, and I’m fairly certain that mine is the better vaping device. But you have to hand it to them for their packaging, marketing concept, and flavor varieties (yes, they have PIZZA among the 60 mouth-watering flavors available!). Obviously the flavors are are designed to simulate foods and I imagine they might have a bigger concentration of flavor if they are designed to curb cravings.

While I don’t think I need to purchase one of their starter kits, I might just have to revisit their site for a bottle or two of  their chocolate malt balls, toffee bar, rice crispy treats, and yes, pizza – all in e-juice form of course.

One thing I don’t get. Dieters are often self-conscious enough as it is, and I can personally attest to this. Does the company really think users are going to get a kick out of vaping a gadget in public with the logo Vapor Diet emblazoned clearly on the unit? What do you think lol? I think its great!

Click Here To Visit Site
Posted 3 days ago by Ryan Krupnick
Posted by Unknown at 8:56 AM No comments: